Kava and Kratom are both plant extracts with similar effects. Lindy Health breaks down the Kava vs Kratom debate to see which is better.

Kava and Kratom have become the go-to products for many who would like to relieve themselves of mental and emotional stress and enhance their moods. While these products have similar effects on consumers, they are different substances and have different bodily operation modes.

Kratom is a plant commonly found in Southeastern Asia and is closely related to the coffee plant. For many decades, Asians have used the leaves of this plant for medicinal and therapeutic purposes. Manufacturers of kratom products use various processing methods to convert the leaves into different forms that users can easily consume. Kratom extracts now exist in powder, capsule, and liquid forms and are sold in various local stores.

Swiss Chems Chillax Kratom blend is the best we have found for giving you a mellow and relaxed "high" with a great overall body buzz. Swiss Chems Green Energy Kratom blend is the best we have found for giving you a fast-paced "high" with a great overall increase in mental focus. On the other hand, Kava is made from the roots of the Kava—Piper methysticum—plant, which is closely related to the Pepper family. It is primarily found in countries in the Western Pacific region, like Fiji. It has been used by natives to create teas and beverages that work as a depressant.

Both Kava and Kratom act to produce calming effects for consumers, yet they function differently, especially with high dosage consumption. This guide by Lindy Health will take you through the difference between these products and guide you towards deciding which one to use.

When comparing the effects Kava and Kratom have on consumers, one could easily say they are similar as they both produce a calming effect. However, closer observation will let you know that these different plant extracts have varying effects on users.

Kava is the best plant extract for stress relief, sleep disorders, depression, or anxiety, based on its mechanism of action. At the same time, Kratom is the best option to reduce chronic pains in the body.

Knowing that Kava and Kratom have varying effects on the body, you may wonder if you can mix the two products to have all the benefits of the two extracts. The question then is, how well do Kava and Kratom interact?

The interaction between Kava and Kratom has been reported to lead to serious health hazards. Kava and Kratom, when used together, may react adversely inside the body, especially when not mixed in the right proportion. A user should be well-versed in both medications before putting or using them together. Kava should not be taken concurrently with alcohol and Tylenol as this significantly increases the risk of liver damage and impairment.

Kava and Kratom should not be used with other medications like anxiolytics or diuretics because it increases the effect of these classes of drugs and may also cause renal failure. However, controlled usage might help to alleviate risks and produce a more potent fragrance.

Kava vs. Kratom vs. CBD

Kava, CBD, and Kratom are popular plant extracts for their therapeutic benefits. These three herbal substances have similar functions—to help calm users and ease their pains. These extracts have varying uses and governing directives and are from other plant sources.

Kava extracts are from the roots of the Piper methysticum plant, while Kratom is from Mitragyna Speciosa leaves; Cannabidiol (CBD), in contrast, is from the Cannabis sativa plant, and it helps with conditions like migraine, anxiety, and depression. CBD is similar to Kratom in its functions, but Kava and CBD have more legal backing than Kratom does; Kratom is banned in many states in the US.

Kava vs. Kratom for Pain

One factor differentiating Kava and Kratom is how effectively they help users manage pain. Kava is known to help deal with insomnia or for general relaxation. A few reports show that Kava helps manage pain for users. However, Kratom is known for such a function; it influences serotonin production that helps to block pain receptors in the body. Taking large doses of kratom extract helps reduce chronic pains and aches.

Swiss Chems Green Energy Kratom blend is the best we have found for giving you a fast-paced "high" with a great overall increase in mental focus.

Swiss Chems Chillax Kratom blend is the best we have found for giving you a mellow and relaxed "high" with a great overall body buzz.

Kava vs. Kratom for Euphoria

Both products produce a feeling of euphoria for users; however, they do so in varying dosages. For Kava, you only need a low dosage to feel euphoric, while Kratom requires a high dosage for euphoric sensation.

Kava vs. Kratom for Sleep

Kratom and Kava are both tremendous herbal remedies for sleep issues. However, they work at different dosages. You only need a little dose of Kava to induce sleep, while Kratom stimulates sleep with a high dosage.

Kava vs. Kratom for Anxiety

For anxiety release, both Kava and Kratom work fine. However, Kava is mainly used for this function based on the added stimulating and sedative function it provides.

Which is better for pain, Kava or Kratom?

Kratom works the same way painkillers like co-codamol work, which is to activate opioid pain receptors in the body—this helps users to deal with muscle cramps, body aches, and any other form of pain they have. Kava also helps reduce pain by lessening the stress that could make pains feel worse than it is; however, it does little to ease chronic pain conditions.

Kratom is, therefore, better for pain compared to Kava.

The frequent use of Kratom, especially at a high dosage, has been associated with the risk of developing an addiction. This tendency is based on the function of Kratom and how it activates the brain. People tend to enjoy the feeling of euphoria and calmness that Kratom provides and end up getting addicted to it.

In contrast, there is no research to prove that kava addiction is possible. However, scientists suggest that it can be habit-forming since it interacts with brain receptors to elevate mood and promote relaxation; consistent use can lead to dependence and addiction.

What’s the difference between Kava and Kratom?

Kava and Kratom extracts are both substances from plants; however, they have many differences based on origin, extraction method, active ingredients, and effects on the body.

Kava is majorly known for its mild, relaxing effect;. However, Kratom also has a calming impact on users; it is more common to help block pain in users.

Does Kava give you a high?

Even with a small dosage, Kava can give consumers a euphoric high. A user can experience the euphoric feeling from Kava in different ways; mildly and eventually intensely—based on how much is consumed or under certain conditions.

Does Kava make you feel euphoric?

Kava can make a user feel euphoric even though you consume a small amount; this is because Kava aids the release of dopamine in the brain, leading to a feeling of euphoria.

Is Kava a stimulant or depressant?

Kava is a depressant of the Central Nervous System (CNS) because it slows down messages traveling from the brain to other body parts by slowing down the CNS.

Is Kava similar to Xanax?

Kava serves as a natural alternative to benzodiazepines such as Xanax or Ativan. Consumers of Kava have reported experiencing sedative effects associated with Xanax usage. Most times, doctors or medical practitioners recommend Kava to those who desire an alternative to Xanax.

How long does a kava high last?

The time it takes for a kava high to kick off or wear off varies, depending on many factors. Some of these factors include the dosage, the user’s size or weight, interaction with other substances, and whether or not it is the user’s first time. However, Kava high typically lasts 1-4 hours, and one would feel the euphoric effect within that period.

Kava vs. Kratom: The Verdict

Kava and Kratom have various similarities and are often sold together or in various local stores. However, the two plant-based substances have different origins, are processed differently, and used differently for effective results.

Kava’s primary function is to help enhance mood and creativity or induce sleep. At the same time, Kratom is mainly used to relieve chronic pains or to improve energy levels.

Which do you prefer in the Kava vs Kratom debate?

Let us know in the comments down below. 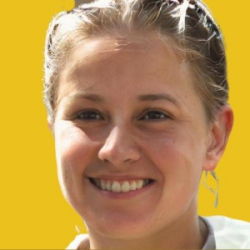 Kate has a wealth of knowledge about food and nutrition, and she competed as a bodybuilder for over 10 years.

She is an avid skier and mountain biker, and she enjoys spending time outdoors with her family and friends.

Kate Ross is a nutritionist at Lindy Health who lives in Breckenridge, CO. Kate has a wealth of knowledge about food and nutrition, and she competed as a bodybuilder for over 10 years. She is an avid skier and mountain biker, and she enjoys spending time outdoors with her family and friends.