What is the Lindy Effect?

The Lindy Effect is a phrase that signifies that the longer something lasts, the more likely it is going to exist in future. The term implies that an item, idea, company, or anything else is likely to last longer into the future the more it lasts in society. Below is a detailed guide on how the Lindy Effect works as well as its practical examples in society today.

Below are some of the factors that influence the Lindy Effect as something gets older. They include: 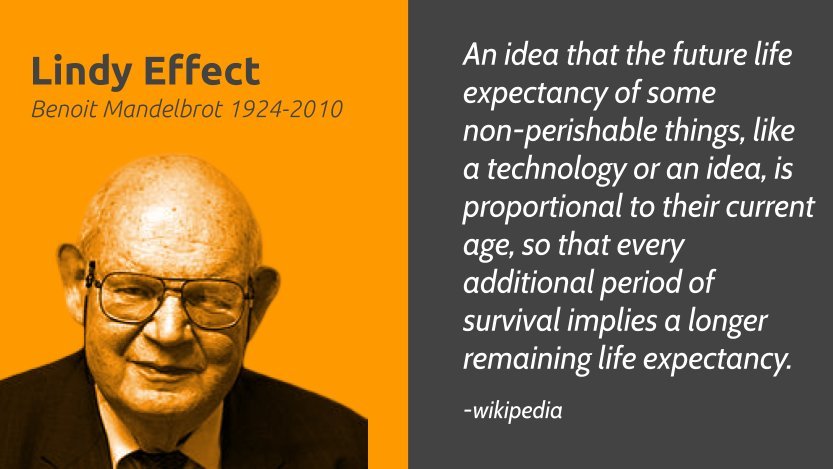 Therefore, as a modern society, we are likely to keep using smartphones in the future as telephones become more and more obsolete, proving the Lindy Effect.

Horses have been used as a source of transport by man since as early as 2000 BCE. However, as technology progressed, man invented the first automobile in 1886. Although horses were a good means of transport in the past, cars proved to be faster and more efficient than horses.

As a result, cars now dominate the transport industry while horses are mostly used for sports or leisure. In the future, human beings are likely to keep using cars as the main means of transport on land compared to horses, thereby proving the Lindy Effect.

Movies are a great form of entertainment for all ages around the world. Although people enjoy watching a variety of films, there are certain types of movies that seem to withstand the test of time. Seasonal films that resonate with different times of the year such as Christmas, Halloween, Friday the 13th, and Easter have more productions and remakes compared to other fictional films.

For example, between the years 2015 and 2017, there were 32 Christmas movies produced each year. Additionally, there are about 31,034 Christmas movies in total produced between 1913 and 2019. On the other hand, let us look at one of the most popular fictional films of all time, Star Wars.

According to IMDB, Star wars is the 4th most viewed film of all time and is frequently mentioned in pop culture and the internet. As popular as it is, Star Wars only has 12 films so far, and the rate of its production cannot be compared to seasonal movies like Christmas Films. This suggests that we can expect more Christmas movies to be produced each year around Christmas in future, thereby proving the Effect.

Does the Lindy Effect apply to human life?

For human beings, the Lindy Effect works in reverse. This means that every year of life in a human reduces their remaining life expectancy. For example, a 70-year-old person is expected to live another 14.4 years. However, at 71 years old, the same person will be expected to live for only 13.7 extra years.

This means that each year of life gained reduces the remaining life expectancy by about 0.7 years. Therefore, the Lindy Effect does not apply to human life expectancy. Simply put, an 80-year-old person cannot be expected to live for an additional 80 years.

What does it mean to say something is Lindy?

A Lindy thing is something that is expected to survive for a long time in future. According to the Lindy Effect, if you have two items, the older item will survive, especially if it provides value to society. Ideas that have been around for a long time, such as communism and capitalism, are likely to keep existing for a long time. It is advisable, therefore, that we leverage the wisdom we can get from ideas that have withstood the test of time and use them to better our lives.

However, being Lindy is not a guarantee that the entity will survive forever or that it will never become obsolete in society. The Lindy Effect does not show how long an item, idea, technology, book, or thing will survive. It simply shows the probability of the thing lasting for a long period into the future especially if it has already existed for long time.

Who coined the term “is it lindy”?

The term was coined by Albert Goldman, an author, in 1964 when he published an article about the cautionary fable of showbiz discussions that took place in a deli in New York called Lindy, in the New Republic Magazine. 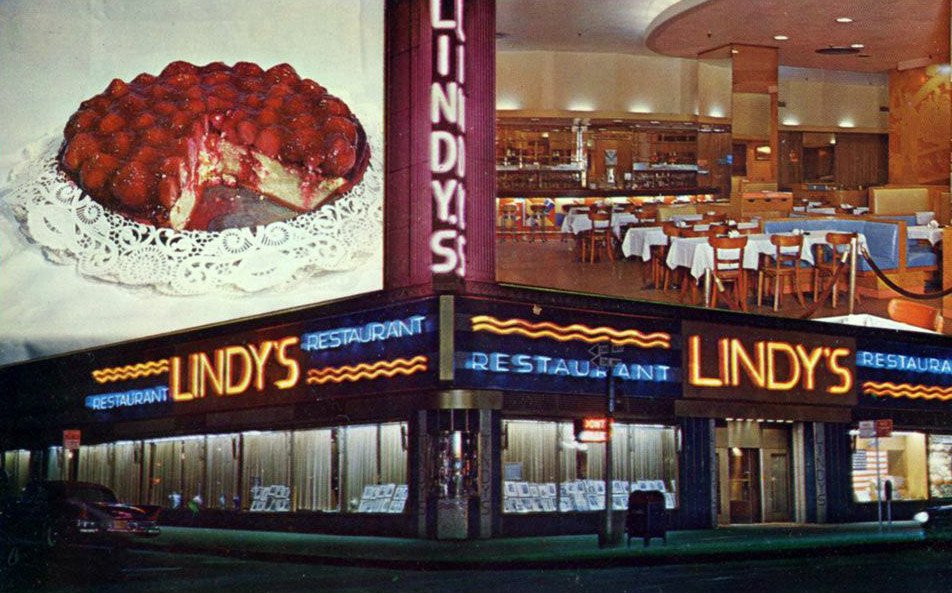 According to Albert Goldman, comedians would gather in the Lindy Deli to gossip about their peers. The comedians reasoned that the number of appearances of a comedian determined the likelihood of their future appearance. Actors who hung out at the Lindy Deli would also discuss their shows. The actors believed that Broadway shows which lasted for more than 100 days would likely last for 100 more days. The actors also believed that Broadway shows that lasted for 200 days would last for an additional 200 days.

Eventually, this heuristic form of reasoning was associated with the term.

Nassim Taleb, an author known for his work in Antifragile, has explored the Lindy Effect and offered more in depth explanation, in the Incerto series. In the Black Swan, Nassim first shows the difference between perishable and non-perishable items. He explains how according to insurance tables in a developed country, the life span of a new born female is 79 years. 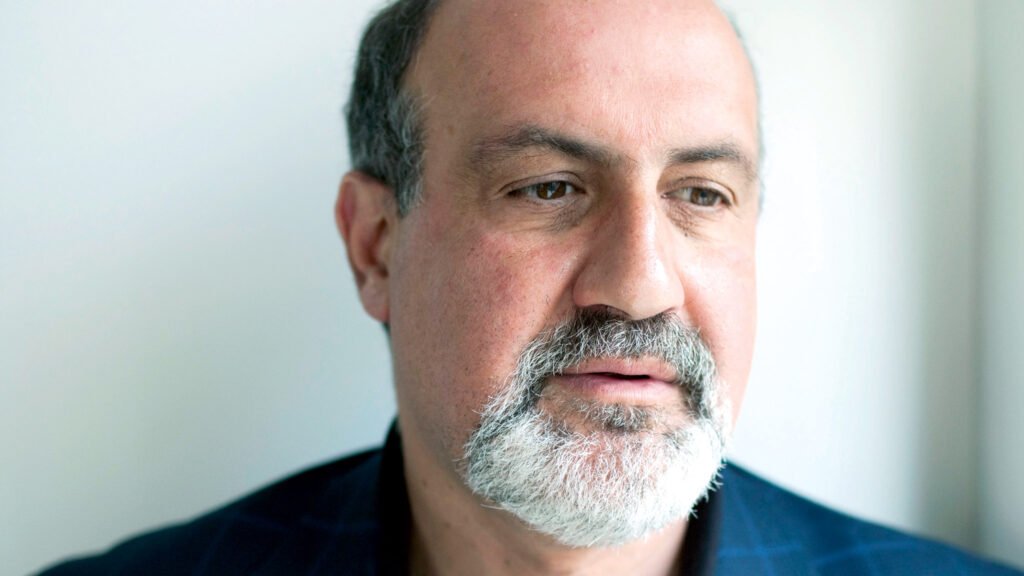 Due to the perishable nature of human beings, life expectancy falls as the years lived increase. This is why when we see a 9-year-old kid with his 90-year-old grandmother, we can confidently predict that the young boy will outlive his grandmother. However, the outcome is usually different with business ventures and projects.

According to Nassim Taleb, when dealing with a non-perishable entity such as a business or an idea, the older entity will outlive the younger entity. For instance, if business A is 80 years old and business B is 10 years old, business A is expected to last longer in future compared to business B.

Paul Skallas, a technology lawyer and writer argues that we can gain more wisdom from antique ideas, items, and books as a society. For instance, Paul Skallas has a very interesting view on mouth wash. He explains that adverts and almost everyone else will encourage you to use mouthwash because it keeps your breath clean. Since having a fresh breath and clean mouth is something we deem necessary and right in the society, you go ahead and use mouthwash. 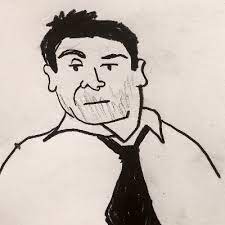 Later on, you come across stories of high cancer rates among people that use mouth wash, and how it destroys both the good and bad bacteria in the mouth. Then you realize that mouthwash could potentially be bad, and figure out that people in the past did not use mouthwash. This method of referring to how people used to do things in the past is what Paul Skallas uses to drive his points on antiquity.

What is the Lindy Diet?

Food is among the oldest things that exist in human life. Therefore, according to the Lindy Effect, the longer a particular type of food has existed in human revolution, the greater the role it plays in sustaining human life. This is because the older the food is, the more the human gut has adapted and evolved to deal with it.

Below are a few Lindy food examples that have been around for the longest time. They include:

One of the main components of the Lindy Diet is the removal of modern poison seed oils. These are a modern invention and have only been around for the past few decades.

Meat and vegetables with eggs, peanuts, mustard oil, or butter. You can add spices to have more micro nutrients in the diet.

Rice, lentils, pulses, butter, and salad with milk are all Lindy.

As we mentioned earlier, there are certain things that do not adhere to the rule e.g. human life. However, time is not the only factor that determines whether something is Lindy or not. Other things that may influence the Lindy Effect of an entity include:

When it comes to investing, the Lindy Effect favors projects and businesses that have been around for a long time. As we stated earlier, if two businesses exist, one being a few decades old and the other being a new business, the old business is expected to survive longer than the new business. Well established American businessmen such as Warren Buffet have achieved success by investing in older businesses than new ventures.

Companies that have been around for many years tend to have more experience in overcoming challenges and will therefore last for many more years to come. Brands and technologies that survive every economic period are the best to invest in because they offer more economic stability.

Although there are many cryptocurrencies today, Bitcoin remains one of the most invested and used cryptocurrency. Why? Because it was the first cryptocurrency and its value has increased steadily despite the inflations and fluctuations. During the early life of Bitcoin, people feared that its technology would not last or that it could easily be hacked. However, none of that ever happened, and Bitcoin has increased its worth. From this theory, therefore, Bitcoin is expected to exist in the future as well.

Do you have any questions about the Lindy Effect? If you do, reach out to us today for more information.